Design and architecture of BlankOn Installer

BlankOn Installer is the central application used in BlankOn Live Media starting from BlankOn 8.0 Rote release. It is a full-screen application intended to take over the desktop when you are not using the live feature of the media.

It is an HTML5 application and the runtime is built with webkitgtk and Vala. The front-end is totally written in HTML, JavaScript and CSS while the back-end is written with various languages bridged by Vala.

The installer slated for BlankOn 9.0 Suroboyo consists of several subsystems below: 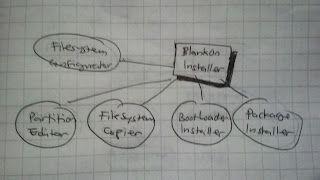 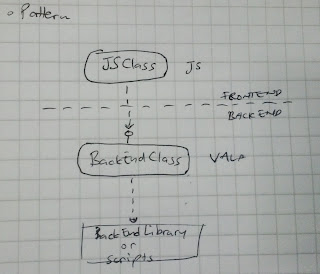 To enable developing front-end by just using a web browser, stubs of the JS functions to be defined in the back-end must be provided.

The installer has an advanced partition editor called PartoEdi. The editor is using KineticJS to make the partition making interactive. The changes in the partitions are accumulated and then played back with libparted in the backend. 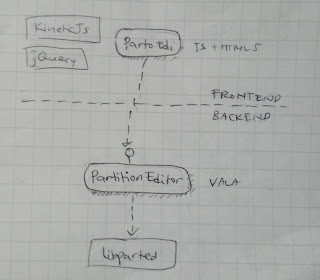 The output of the subsystem is a ready to use partition marked for installation and a swap partition.

This subsystem copies the read only part of the live media into the marked partition. It copies everything without any modifications. The copying is done in the backend using rsync. 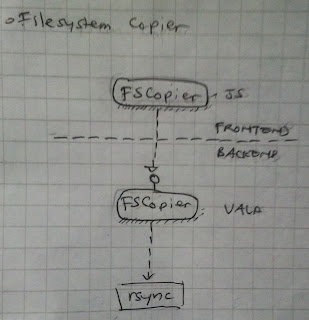 The rsync is chosen to get the progress of the copy and to be able to preserve the attributes of the copied files and directories. 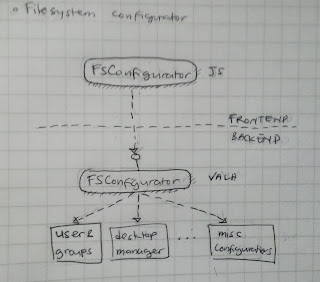 The configurations are made by the backend which runs the scripts. 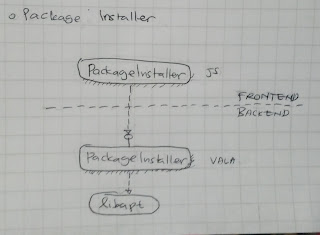 This subsystem installs the GRUB2 (and optionally with EFI support) into the boot partition. 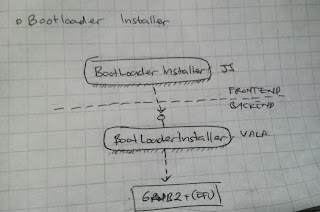 As you can see the installer is pretty simple and straightforward. At the time of writing this article, the advanced partition, package installer and EFI support is not yet implemented.
Diposting oleh Mohammad Anwari di 20.57